The set of tanks fighting each other RTR 1:16

An incredible set of fighting tanks that will engage in the fun for a few hours not only children but also adults! The tank replicas are based on the legendary Abrams tank.

From now on you have the opportunity to take control of one of the two battle tanks and after a few minutes of training, feel like a real "tankman" looking for a worthy opponent on the battlefield.

Both models are equipped with many functions reflecting the realism of real tanks fighting on the battlefield. The turret rotating by 300 ° and the raised and lowered barrel will allow you to reach your opponent everywhere.  Durable tank tracks facilitate controlling the tank in every environment. In addition, models emit realistic sounds while driving - gunshots and machine gun series. 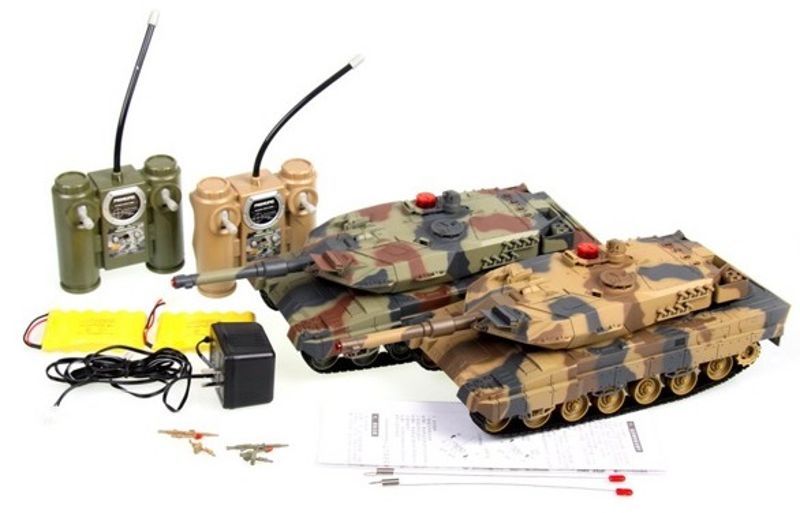 The aim of the duel between two participants is to hit the opponent with an infrared beam. After every hit, one of the four LED lights goes out, indicating the technical condition of the tank. When all four LED lights will fade away, the tank loses the duel.
Tanks are controlled via the attached remote controllers which are very easy to use. Simple rules of duel and control will not make any problem even to the youngest users. The set is an excellent solution for boring evenings or meeting with friends, surprise them, everyone will want to win! Attention, the set provides the extremely addictive fun!