The set of tanks fighting each other - German Tiger vs Abrams RTR 1:24

An incredible set of fighting tanks that will engage in the fun for a few hours not only children but also adults!

From now on you have the opportunity to take control of one of the two battle tanks and after a few minutes of training, feel like a real "tankman" looking for a worthy opponent on the battlefield. Both models are equipped with many functions reflecting the realism of real tanks fighting on the battlefield. The turret rotating by 360° and the raised and lowered barrel will allow you to reach your opponent everywhere. Independent track drives make it easier to adjust the speed, maneuver the tank during turns and allow to reach a steep slope of up to 30°. In addition, models emit realistic sounds while driving - gunshots and machine gun series. 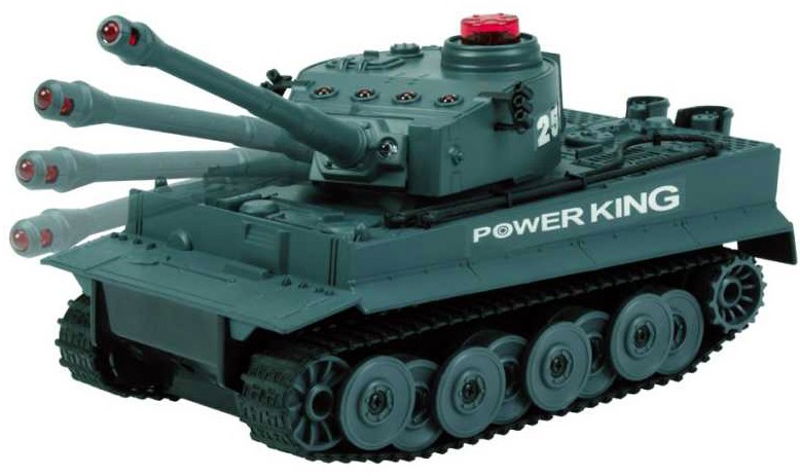 The aim of the duel between two participants is to hit the opponent with an infrared beam. After every single hit from the gun or a fivefold hit from the rifle - one of the four LEDs showing the technical condition of the tank goes out. After being shot, the tank freezes for a moment, it can not be controlled at this time, nor can it be hit again. When the two LEDs go out, you lose the opportunity to fire the rifle. When the tank is hit once again the third diode goes out and the anti-tank gun stops working. After all the diodes go out - the tank loses the fight. After waiting about 30 seconds, it is ready for another duel. 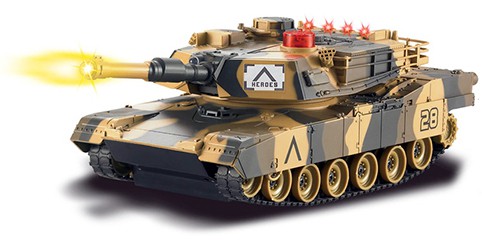 Tanks are controlled via the attached remote controllers which are very easy to use. Simple rules of duel and control will not make any problem even to the youngest users. The set is an excellent solution for boring evenings or meeting with friends, surprise them, everyone will want to win! Attention, the set provides the extremely addictive fun!